Lessons from a Long-Forgotten 'Fintech Bank'

Lessons from a Long-Forgotten 'Fintech Bank

Sometimes pioneers are forgotten by the time their idea comes into vogue.

American Banker ran a story last month about a former Comerica executive's plan to launch a nationally chartered digital-only bank. It turns out, there is a precedent. The Office of the Comptroller of the Currency approved a national charter for such a bank — all the way back in 1999.

During the height of the dot-com boom, Aerofund Financial, a commercial lender in San Jose, Calif., established AeroBank, an institution that planned to offer business banking solely electronically and wanted to eventually move into the consumer space.

In a June 2000 document, the OCC explained that it granted AeroBank a national charter to "deliver small business-oriented
loan and deposit products and services through electronic channels such as the internet and telephone." It added that the bank would place "deposit taking ATMs" in major metropolitan areas. The bank's website would link to financial and non-financial products and services considered useful to small businesses.

While its founders managed to sway regulators, their plans were foiled by an inability to raisethe requisite capital. Still, the lessons its founders learned are still relevant to fintech banks seeking a charter today. American Banker talked with AeroBank co-founder Stephen Troy — who is still the chief executive of Aerofund Financial — about the experiment. The following is an edited transcript of that conversation. 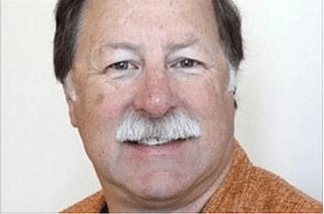 Why did you want to start an internet bank in 1999?

STEPHEN TROY:
Back in the late '90s, a lot of the banks started to get into the commercial finance business. They had somewhat of an advantage over us because they could go to businesses and say, "Hey, we're a bank." Now, we were both priced about the same in terms of loan products, but people liked the cachet of dealing with a bank.

I was reading an article about NetBank, a consumer-based bank that only had a state charter. [NetBank was an early internet banking pioneer that failed in 2007.]

The idea of internet banking came in my head. I thought, if banks can go into my business, why can't I go into theirs? I started asking around looking for someone with banking experience to come on board. I was introduced to Scott Racusin [a longtime banking executive who is now the CEO of Merchants Bank in Los Angeles]. He agreed to come on as president of the bank. We all agreed we wanted a national charter, not a state charter; we had customers in 48 of the 50 states. The model we were looking at was something like GE Capital: no branches, with lending all around country.

We flew out to Washington to meet with the OCC. We told them about our plan and our ideas. One big issue was figuring out how to comply with Community Reinvestment Act. We asked them about the idea of allowing deposit-taking ATMs to be considered branches. [CRA exams today take deposit-taking ATMs into consideration.] Nobody thought of them as being branches as part of a CRA plan. We also talked to the FDIC. We got them all on board to allow deposit-taking ATMs to serve as branches and allowed us to put together a very interesting CRA plan and were given a provisional charter.

We were going to be making and holding our own loans and offering additional services such as cash management. Along with that, we were looking into partnerships to offer our customers things like DSL internet service, office supplies and insurance products. Normally, banks were only allowed to sell products related to banking. But we convinced the regulators it was a new age of banking beyond just the selling of checks, and being an internet bank requires our customers to have telecommunications services and other services to do business with us.

I put the initial idea out to a small group of investors I invited to my house and we gave them a presentation. We got $1 million within an hour. So we hired a team and then set out to raise more capital. We felt the capital we would need based on other banks was around $7 million. But then the OCC kept analyzing the situation and that number eventually went up to $13 million.

We went to individual investors and venture capital firms, but we were drowned out because of the dot-com boom. We had a hard time getting our message out there. We would talk to VCs and investors and they'd say things like, "I can put some money into Pets.com and become a billionaire. Why put it into banks and maybe I make an 8% return?" So they were very
focused on dot-com sweethearts. There were also some other financial internet ventures that came along and got a lot of press and attention that took potential investment away from us, such as X.com [a banking venture founded by Elon Musk that became the forerunner to PayPal].

Sometimes it was just timing. We were in talks with one VC and they said to us they liked our idea, but "We're going to invest with
these other guys, they're really smart and we want to go with them." It turned out to be Google.

We eventually raised $7.5 million, which was more than our original target but less than the $13 million the OCC said we needed. But we were running out of time. Once you get approval from the OCC, you have one year to get your bank up and running. At the ninemonth mark, we had no prospects of raising the rest of the money. The OCC said that instead of letting the charter expire they would give us the opportunity to withdraw the application. So we had to lay everybody off, pay our bills and lick our wounds, and we all moved on.

What would you have done differently?

We made a couple of tactical errors. Aerofund Financial was going to own a big chunk of the bank. The problem with that is people didn't like their investment being diluted by Aerofund. The other issue was we had a buy-in of $100,000 a share for individual investors.

Most new banks come out with smaller amounts; $25,000 is typical of new bank offering. I think the $100,000 figure chased off people. And enough people just didn't get the concept at the time. We'd always hear, "Where are the branches?"

Do you think the climate today has changed that a fintech bank will obtain a national charter?

It should technically be easier, but at the same time technology has evolved so much that there may not be as much of a need for it. Anything and more that a customer could have done with AeroBank, I can do right now with my bank. I can have digital, branchless banking now with my bank.

The bigger question is why would anyone want to be in the banking business? The climate for banking is so much tougher now and the competition is so much tougher. It's much harder to get a competitive advantage. But if you did want to do it, I would say the most important thing, more than just the idea you have, is meeting with the regulators and clearly explaining to them what you want to do and the benefit. Anyone who does it has to sit down with them and look them in the eye and explain it directly to the people making the decision. In the end, business is still done with a handshake and a smile.